Chelsea boosted their bid to finish in the Premier League’s top four as Kai Havertz and Christian Pulisic starred in a 4-1 win at Crystal Palace on Saturday.

Thomas Tuchel’s side blew Palace away with a swaggering first half display inspired by Germany forward Havertz.

Chelsea are up to fourth place and sit two points clear of fifth placed Liverpool.

West Ham, also two points behind the Blues, would reclaim fourth if they beat Leicester on Sunday.

Havertz has endured a difficult time since his close-season move from Bayer Leverkusen, but he gave a rare glimpse of his quality with the opening goal in south London.

The 21-year-old turned provider to set up Pulisic for the second goal before Kurt Zouma put Chelsea three up after 30 minutes.

Christian Benteke got one back for Palace in the second half, but Pulisic netted again as Chelsea cruised to their first win in three league games.

“Kai will never be our emotional leader, we don’t expect him to be, but we expect to see his quality,” Tuchel said.

“Honestly he needed to show he could do better, that was the challenge personally for him. He got a second chance to show up after Porto.

“There is still room to improve in his finishing, he should have been more ruthless and could have scored more but it was a good step.”

That stunning setback was followed by a training ground bust-up between Chelsea defender Antonio Rudiger and reserve keeper Kepa Arrizabalaga.

But Chelsea had eased fears of a late-season collapse with a composed 2-0 win against Porto in the Champions League quarter-final first leg on Wednesday.

This was another confident step in Chelsea’s revival under Tuchel, who faces a big week as the Blues take on Porto in the second leg on Tuesday before playing Manchester City in the FA Cup semi-finals on Saturday.

“It was a very good performance. It was clearly the performance where we created the most chances, the most touches in the opponent’s box and scored the most,” Tuchel said.

“This is not so hard to say, but you cannot compare it to Champions League matches or our game at Liverpool, you clearly cannot but I am happy with what we played.”

Thanks in large part to Havertz, who started in the central striker’s role Timo Werner has failed to fill, Chelsea tore Palace to shreds in a blistering start.

Havertz has arguably fared even worse than Werner in his first season, but in the eighth minute the German showed why the Blues paid £71 million ($97 million) to sign him.

Taking Hudson-Odoi’s pass on the right-hand side of the Palace area, Havertz advanced with intent before stroking a fine finish in the far corner from an acute angle.

It was only his second league goal for Chelsea and his first in any competition since January.

Pulisic is another of Chelsea’s forwards who has slogged through a difficult season marred by injuries.

Havertz was the creator with a cutback that Pulisic took in stride before smashing a rising drive past Vicente Guaita from close-range.

Chelsea hadn’t scored more than two goals in any of their previous 16 matches under Tuchel in all competitions.

Zouma ended that streak in the 30th minute as Mason Mount swung in a free-kick and the French defender rose above Gary Cahill to power his header past Guaita.

Benteke reduced the deficit in the 63rd minute with a thumping header from Jeffrey Schlupp’s cross.

But Chelsea had the last word when Pulisic bundled home James’ deflected cross in the 78th minute. 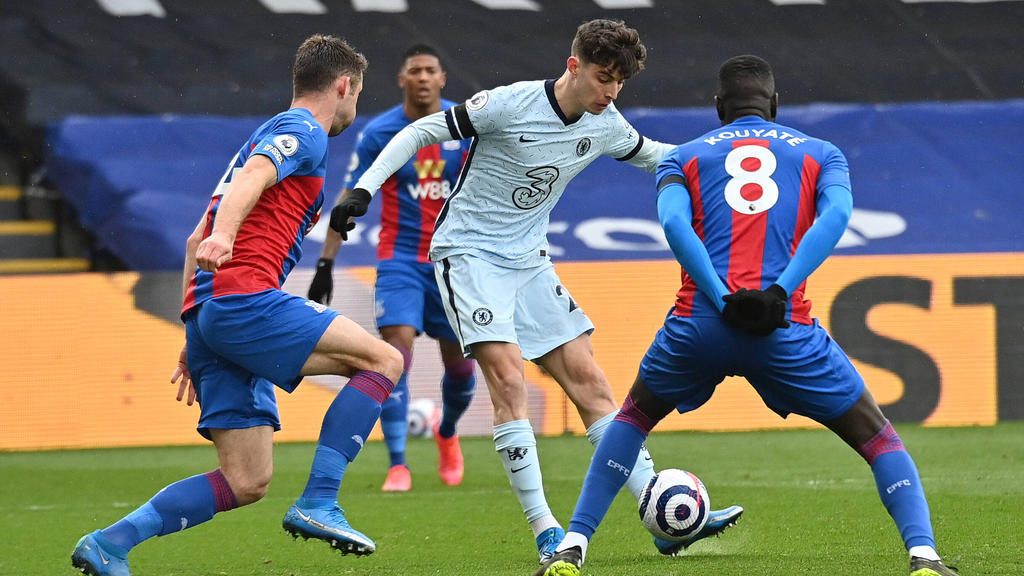